The year 2021 was full of bad news for Brazilians. The effects of the global pandemic were made much worse due to the gross negligence of the federal government of Jair Bolsonaro leaving no sector untouched. The country reached the sad milestone of 600,000 deaths by coronavirus, the Bolsonaro administrations’s avaricious quest for natural resource wealth coupled with the expansion of agribusiness made the country’s forests, green areas, and Indigenous and traditional communities victims of this violent offensive.

Despite this scenario, were there any victories? Brasil de Fato asked this question to four popular movements: the Landless Rural Workers’ Movement (MST), the Central of Popular Movements (CMP), the Black Coalition for Rights, and the Movement of Dam-Affected People (MAB). For all of them, there is still reason to celebrate.

On December 13, the Minister Luís Roberto Barroso, of the Federal Supreme Court (STF), granted an incidental injunction in the judgment of the Argument of Noncompliance with Fundamental Precept (ADPF) 828, extending the suspension of evictions and removals, in urban and rural areas, until March 31, 2022, due to the coronavirus pandemic.

For the MST, this victory was important and can guarantee the maintenance of the Marielle Vive occupation, in Valinhos, in the interior of São Paulo. The area has become a symbol of resistance. On November 23, the São Paulo Court of Justice (TJ-SP) ruled to evict the 450 families that have been living on the land since 2018.

Although the decision of the TJ-SP has not been revoked, it cannot override a determination of the STF. In this way, the families, unassisted by the evils of the pandemic and the negligence of the federal government, can keep their homes for a few more months while they appeal against the sentence. 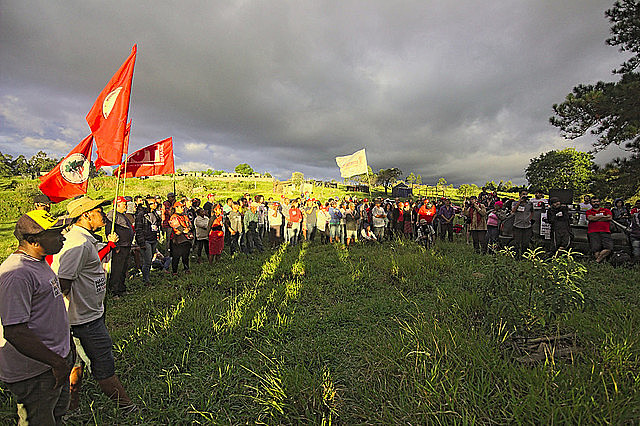 In a year of abandonment of public policies and a sharp increase in hunger, the responsibility to save the lives of Brazilians affected by extreme poverty fell on civil society. That is why the MST inaugurated, on November 11th of this year, a community kitchen in the stilt houses of Pina, in the south zone of Recife.

In the space, the Movement distributes about 500 meals a day to poor and homeless families. The community kitchen in Recife is the result of the “Mãos Solidárias” campaign, which has already delivered 600,000 lunch boxes and 890,000 tons of food from the agrarian reform produced by the MST all over the country.

Solidarity with the poorest Brazilians was also one of the points highlighted by the Black Coalition for Rights in 2021. The organization organized the “Tem Gente com Fome” (There are people who are hungry) campaign, which raised R$21.5 million and distributed food to 222,000 families registered by the entity, in all regions of the country. 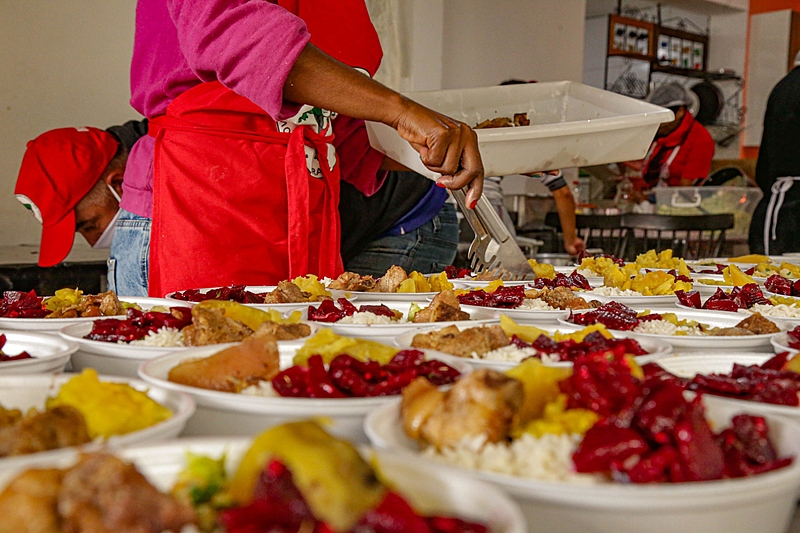 MST has distributed, since the beginning of the pandemic, 5 thousand tons of healthy food / Wellington Lenon

Pressure in the streets and on parliamentarians

The United States Senate vetoed, on October 20th of this year, the transfer of $17 million to the Brazilian government, which would have been used in the removal of quilombola families in Alcântara.

The removal of the communities, who live near the Brazilian Air Force (FAB) rocket launching base, is part of the agreement signed between Presidents Donald Trump and Jair Bolsonaro in March 2019 to exploit the area.

In the final document on the veto, the senators expressed apprehension towards the Brazilian government. “The Commission is concerned about reports that the government of Brazil plans to force the relocation of hundreds of quilombola families to expand the Alcântara Launch Center. None of the resources provided by this law, or by previous laws, may be available to Brazilian security forces that engage in the forced resettlement of Indigenous communities or quilombolas.”

On September 17, 2020, a delegation from the Black Coalition for Rights was in the US, where they met with US congresspeople to update them on the situation of the quilombolas in Alcântara. 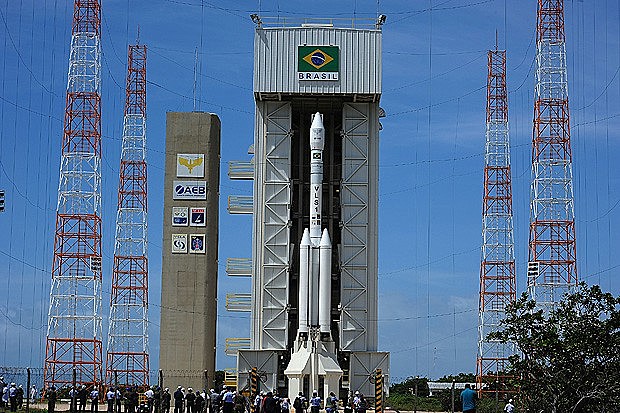 The Center of Popular Movements (CMP) remembered the street demonstrations, which contributed to the pressure on the federal government to buy vaccines. During the year, there were several acts criticizing the government’s negligence.

While most countries have already moved forward with vaccination, Brazil only started to vaccinate on January 18 of this year. Only after popular pressure, the government partook negotiation with the vaccine manufacturers. The agreement with Fiocruz (AstraZeneca), was announced on March 12 this year; Pfizer, on February 9; and Johnson & Johnson (Janssen) only on March 31. Today, 78% of Brazilians have received at least one dose of a COVID-19 vaccine and 67% are fully vaccinated with two doses.

The bill 1106/2020, approved by the House of Representatives on August 20 of this year, simplifies the population’s enrollment in the Energy Account Social Tariff (TSEE) program, which provides discounts of up to 65% on electricity bills.

According to MAB, the project is important because it allows a portion of the population, which would be entitled to the discount, to be added without major bureaucratic procedures to the list of beneficiaries of the program.

The implementation of the law is a historical demand of the movement. The social energy tariff offers discounts on residential energy tariffs for families that are part of the federal government’s Unified Registry and have incomes of up to half minimum wage per person. The discounts can be 10%, 30% and 65% depending on the consumption range.